Ants are complicated. On the one hand, you want some of them in your garden, because they go after other insects. They protect their territory unless you’re an aphid. They’ll help aphids, which can be bad because those insects have the power to wipe out an entire garden. One of the other hand, you really don’t want them to harm your plants. Whole colonies will set up shop near the root systems of your plants, harming them in the process. Thankfully, you can get rid of ants in your garden using a number of different methods, none of which require harmful insecticides.

Nematodes are tiny microscopic worms. They sound like the opposite of what you want to put in your garden in order to deal with an ant infestation, but they really will do the trick. Nematodes like to eat ants. They’ll seek out those creatures and kill as many as them as they can. In the meantime, ants, who don’t want to have to deal with any predators at all, will up and move their colony to a new location in order to get away from the nematodes. Your ant problem will be solved.

Sprinkle Diatomaceous Earth Around Your Plants

Diatomaceous earth is a fine powder made up of the exoskeletons of sea creatures. It works well in gardens to get rid of insects, slugs, flies, and other pests. There are several ways in which they do this. The diatomaceous earth will either dry out the insects and kill them in that manner, or the insects will move elsewhere because they don’t like to walk to land on it. (Although it looks powdery, it’s actually crunchy and crumbly under their little feet.) Even better, diatomaceous earth won’t harm your garden – just the insects that are on it. 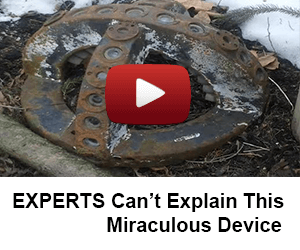 This is the simplest method of them all. A cup or two of boiling water will kill ants. You first need to follow them to see where their nests are and then find the entrances to those nests. Once you have them located, pour the water into every entrance. There are usually more than one. The water will kill the ants, but it may take some time and repeated attempts at killing them. After all, the ants who are outside of the nest at the time of application won’t die, but they will go back there eventually. You’ll have to get them then.

Mix a Little Boric Acid and Sugar Together

If you really want to get rid of your ants, then you’ll need to bring out the “big guns.” This involves the use of boric acid and sugar. The sugar appeals to the ants because they enjoy eating things that are sweet. The boric acid mixed into it (combine the two until they form a paste and then apply it to the entrance of the ant nest) will kill any ants who eat it. Eventually, it will take them all out. Just be carefully when handling the boric acid.

You’d be surprised at just how effective this technique is. You’ll need a quart of water, a half teaspoon of liquid dish soap, and one and a half teaspoons of olive oil (although canola oil will work.) Mix everything together and place it in a spray bottle. Spray it on the ants and then pour some of the mixtures into their nest. The mixture harms the ant’s exoskeleton, killing them fairly quickly through suffocation. You won’t have to watch them die to know that it worked.

This Odd Little Power Saving Trick WILL Change Our Lives>>>

← Preventing Tomato Worms
What is a Homestead Dog? →