Home / DIY / Your Guide For Need to Know Bullet Information

When it comes to bullets, there is a LOT of information out there.  Basic knowledge can be very useful when determining what type of firearm you may want to try out or eventually purchase.

Ammunition itself can be extremely intimidating to the novice.  Selecting the right ammo for personal defense or hunting is a very important decision that can affect performance and safety. In this article, we’ll discuss some basic terms and then go into more detail on common ammo types.

First, let’s take a quick look at the most common types of weapons used by civilians for sport, home or personal defense.

Revolver – Named for its revolving cylinder that is usually made up of 6 chambers designed to hold one cartridge each.  For the newbie, these are the types used in classic westerns.  Think “6-shooter.” 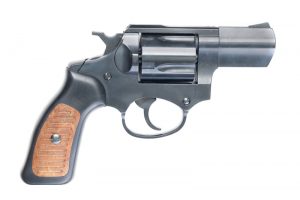 Pistol – This is the most common handgun used today by pros and amateurs alike.  It’s a hand-operated weapon like the revolver but distinguishes itself primarily by using “clips” of ammo that can be changed out during use to expedite firing. 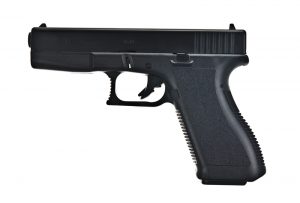 Rifle – The general term for any shoulder firearm that discharges its ammo through a barrel at least 16 inches in length or more. 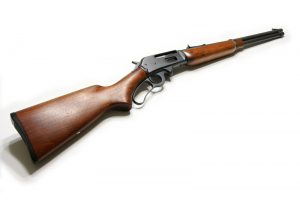 Full Metal Jacket (FMJ) – The most common type of bullet.  Made up of a softcore metal encased by a harder metal. 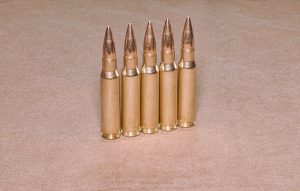 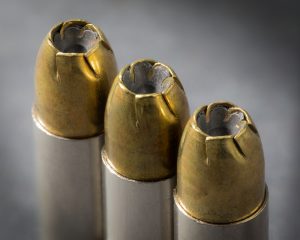 Open Tip (OTM) – Similar appearance to hollow points but the openings are too small to expand in the same manner. 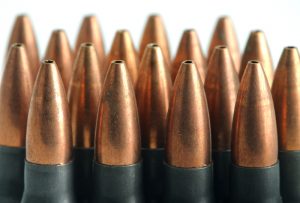 Ballistic Tip – A hollow point covered with plastic to copy the profile of a Full Metal Jacket. 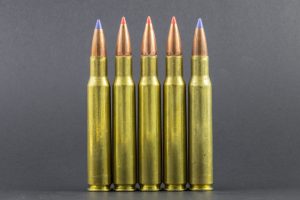 Bird Shot and Buck Shot – Shotgun rounds that consist of small pellets within in each shell. 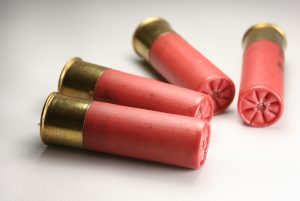 .22LR – The most common caliber in terms of units sold.

.25 ACP – Slightly larger than the .22 and slightly more powerful.

.380 ACP – One of the more popular caliber, the .380 has a low recoil making it easier to handle if you are just starting out. 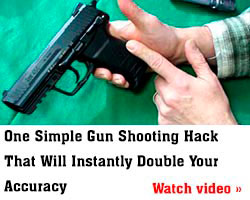 9mm – Probably the most popular, it’s the same size as the bullet used in the .380 and the .38 Special. The difference lies in the amount of gunpowder used in each.

.38 Special – Most often used in revolvers. More recoil than the .380, especially when used in lighter weight revolvers.

12 Gauge – The most popular shotgun round, recoil varies based on the round.  Shotgun ammunition is the most versatile with birdshot and buckshot.

Some Final Notes on Selecting Your Ammo

When you get to the point where you are ready to select ammunition for whatever purpose you’ve obtained a firearm, it’s important to find out:

That last one especially is crucial for safety and liability reason.