Home / Health / Why You Should Know About Leeks

Many Americans have no idea what a leek is, but they should! Many other cultures know the depth of their health benefits, as well as delicious, savory flavor.

Known scientifically as Allium porrum, leeks are closely related to other aromatic vegetables such as garlic, onions, shallots, and scallions. Like these relatives, they grow from bulbs, and have dark, green, tightly wrapped leaves. They resemble very large scallions, and usually grow about 12″ tall and a few inches in diameter. 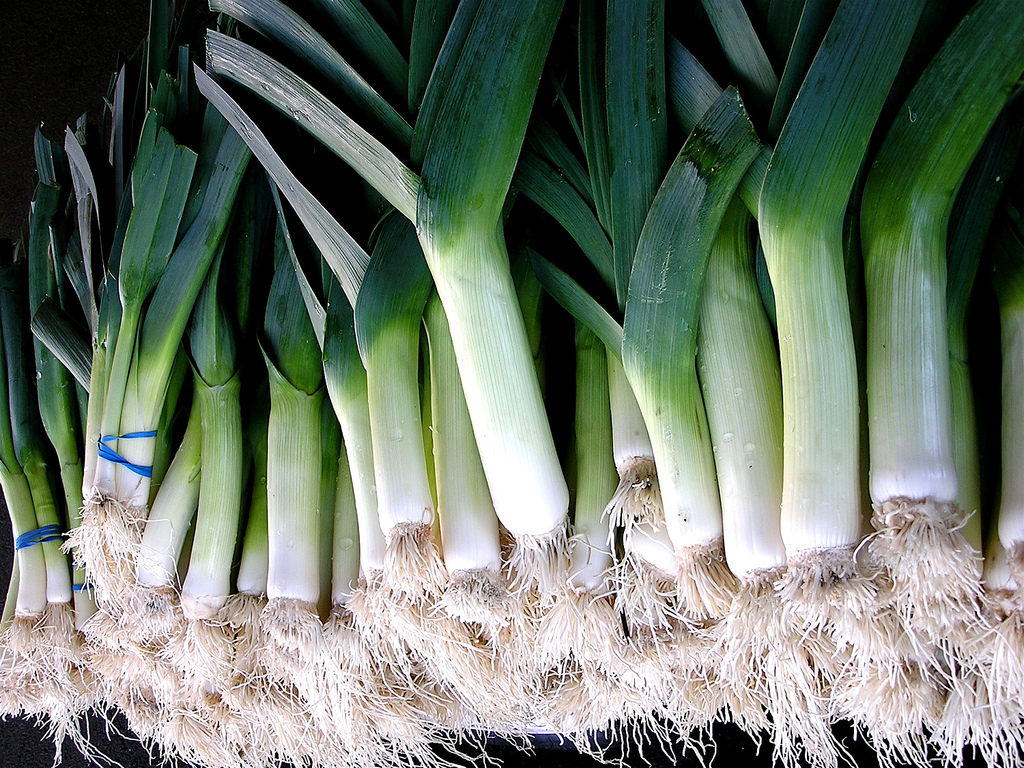 Leeks can be grown year-round, but are most commonly available fall through early spring.

Their flavor is similar to that of onions and shallots, but more subtle and sweet, and make a delicious, delicately savory addition to many dishes.

They also happen to be incredibly nutritious!

Like other members of the allum family, leeks contain a certain sulfur-containing compound called “allicin”.

Allicin is anti-bacterial, anti-viral, and anti-fungal, as well as neutralizes free radicals incredibly well, better than any other compound.

Leeks also contain a natural flavonol called “kaempferol”, the same flavonol that is found in healthy crucifers such as broccoli, cabbage, and kale. ‘

Vitamins and other nutrients

Along with these powerful properties, leeks also contain many other vitamins and nutrients. Here are some examples:

While leeks might be new to you, don’t be deterred by their novelty. They’re very easy to prep, clean, cook, and eat! Their delicious, delicate flavor adapts very well to a broad variety of dishes, as well as being quite tasty on their own.

Leek soup is a very popular and tasty way to enjoy the health benefits of leeks, either by simply boiling them in water and sipping the broth throughout your day for a light detox, or using in soups along with potatoes and other vegetables.

They can also be incorporated into stir-fries, quiches, savory tartes and galettes, or simply sauteed or roasted and served as a side dish.

If you’ve never had leeks, why not give them a try?

Let Us Know Your Thoughts
← How to Make Natural, Raw Sour Cream
How to Make Kombucha Tea (Video) →